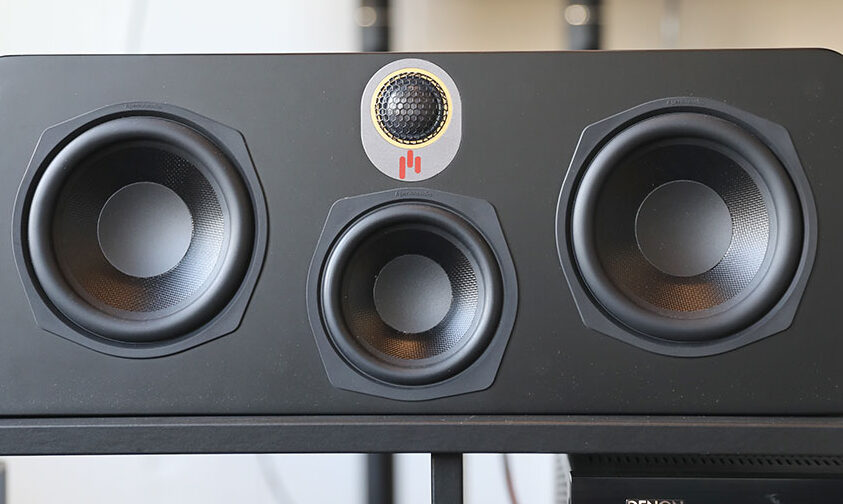 There are several reasons that may cause your surround speakers to output a muffled sound, especially on the high frequencies but this can also occur on the mids such as dialogue in movies.

Some of the causes for a muffled surround sound include;

This can make your mids or high sound muddy as if they are coming from a closed box.

So, let us look at each of the causes before getting into how you may be able to fix the issue.

Having a bad source can cause muffling of the surround sound in your home theater and take down the overall home theater listening experience.

Your audio processor, soundbar, or the TV may not be able to clean the unclear audio from a low-quality source but you can easily troubleshoot this by changing between various sources.

Try playing a higher quality film or video. You can also play it using a different device and if the muffling goes away, then what you will need is high-quality sources with a better and clearer audio quality.

However, if the problem is not coming from your source then you can continue with the troubleshooting.

2.      Pushing your speakers over the limit

Different speakers will have different power ratings depending on the cost and manufacturer.

An example of this would be a speaker with a rating of 100 watts. These speakers can reproduce the sound while being driven at 100 watts continuously for some time but they can also be driven at let’s say 300 watts over a shorter period usually some milliseconds.

So, if you are driving the speakers at the optimal power rating or exceeding speakers’ power rating, the speakers may not reproduce some of the audio signals which, in turn, produces a muffled sound.

To prevent or fix this from happening, you need to be aware of how much power your speakers can handle. You can then lower the volume on your receiver or amp to reduce the amount of power they output to the speakers.

If you can still hear muffling, especially in the dial0gue, you can increase the level on the center channel by about 2 decibels or try re-calibrating the whole sound system for the correct levels and crossover frequencies.

Not correctly calibrating your receiver/pre/pro according to your speakers can lead to the reproduction of a muffled sound and significantly affect the overall sound quality.

Some people make the common mistake of placing their speakers inside a cabinet or any kind of enclosed space that may obstruct the sound waves which cause reverberation and muffling within.

Having the correct placement for your speakers and putting them in an open space where the sound waves can travel freely will easily fix muffled sound problems.

Also, if you want to hide your speakers behind your projector screen, you should ensure that the screen is made of an acoustically transparent screen.

Additionally, if you want to place your speakers in-wall for a cleaner set up, you should ensure that the speakers are in-wall rated. Not using in-wall rated speakers can heavily affect the sound quality and muffled audio may be a sign of this.

It is common for people to wrongly wire their speakers during installation and a common mistake is reversing the polarity.

Some receivers and integrated amp may also have an impedance switch where you can toggle between 4 and 8 ohms to match your equipment’s impedance.

Just like in speakers, amp and receiver/integrated amps have different power ratings and this is the amount of power they can output per channel.

Unfortunately, power rating specs can be inaccurate or outright deceitful and this is done intentionally by some manufacturers to make their equipment seem more powerful than they are. This may also be a result of the manufacturers measuring the power rating in perfect rooms with perfect conditions.

The problem with this is that it leads some consumers into cranking up their amplifiers over the limit which produces a muffled surround sound.

Most amplifiers will be able to output about 70% of their specified power rating without causing distortion or noises such as muffling. This means that if your amp/integrated/receiver is rated at 120 watts per channel, it would be best to run it at about 75 to 85 watts per channel.

You also need to keep in mind that 120 watts may be good for your subwoofer if you have one but you certainly won’t need 120 watts for your tweeters or mid-range speakers.

Both the speakers can amp can have defective parts that may need to be replaced. However, most faults commonly occur on the speakers due to being overpowered.

If you have multiway speakers, you can play an audio clip at a low volume then listen to each speaker starting from the tweeter, the midrange, and the woofer.

Each speaker should reproduce a certain frequency and you should be able to tell if either of the speakers is not working or it should or if it is not working at all.

Some common speaker defects that may cause muffling of the sound include;

Depending on the extent of the damage only one part of the equipment may need replacement or you may need to buy new gear.

With these troubleshooting and fixing steps, you should be able to get rid of the muffled sound by yourself by buying new equipment or through a simple fix or getting any damaged gear checked out and fixed by a professional or the manufacturer.