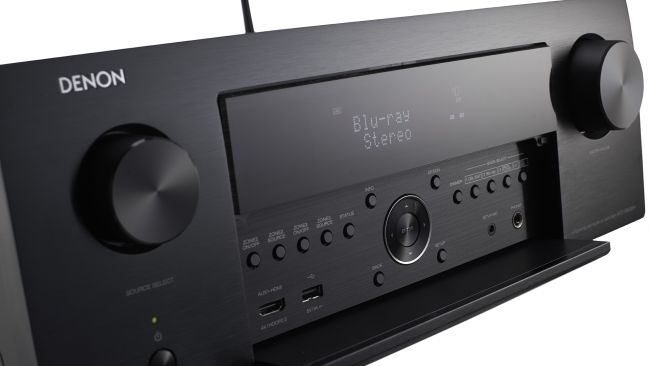 Modern Audio/Video receiver listening mode can be confusing and it can be hard to choose the right one for your home theater. These modes are not only found in AV receivers but also preamps and integrated amplifiers.

It is important to know which mode to choose for your setup for the best experience, something that am going to help you do by explaining the different modes.

These are just some of the examples but the list is huge. Before we go into the details of each listening mode, there are several things that you should know.

What is a receiver listening mode?

A receiver listening mode is a preset on your audio/visual processor that tells it how it should play the audio signals that come from your sources. Choosing the right listening mode can transform the listening experience in your dedicated home theater or media room with stunning sound and high fidelity.

For example, if you are watching an adventure movie, you may want to use one of the surround modes such as Dolby Atmos for an immersive, directional, and object-based sound format.

Depending on the audio that is being played and how you want to hear it, you can choose one of the listening modes. However, they are not always named as listening modes in all audio processing devices. Other terms that can be used to refer to this are;

This brings me to the next point that can best help you understand the different listening modes.

Audio decoding, on the other hand, is where the compressed sound mode is unpacked in an audio processor such as a receiver and sent to the speakers in a form that you can hear. So, if your audio processor does not decode a certain encoded sound mode, you will not be able to hear it.

There are three main listening mode categories that you need to know about;

Sends sound to the front right and left channels plus the LFE channel.

You can use this sound mode when you are watching older CD movies, songs, and shows that were recorded with 2 channels.

When you play a multichannel soundtrack or movie with this mode the audio signals are combined into the 2 front channels and subwoofer with no additional sound processing.

This listening mode sends the same signal to both the front right and left channels.

Suitable for watching older movies and soundtracks that were recorded in monophonic (mono) sound production.

Outputs the same audio to every speaker regardless of the position or channel.

This mode plays the audio as it was recorded without processing and can be used for both digital and analog sound.

For example, if you play a 2-channel soundtrack, only the 2 front channels will play the audio regardless of the number of speakers you have.

Pure direct is the same as direct but in this case, the video (DSP) processing is turned off for a better high fidelity by lowering the noise.

All channel stereo mode takes the stereo audio (front left and right) and puts/clones it to the surround and back speakers.

Not great for critical listening as you lose the front sound stage appearance but is great for parties.

Pro Logic IIx (PLIIx) expands a 2-channel or 5.1 channel audio signal for a 6.1 or 7.1 channel playback providing support for additional speakers and a seamless surround sound.

Pro Logic IIz (PlIIz) expands 5.1 or 7.1 channel audio signals to a 9.1 channel or 7.1 channel with an additional of 2 front height channels. By doing this, the PLIIz mode adds more depth to the sound in your home theater.

Dolby D is made up of 6 discrete channels, 5 for the speakers, and one for the LFE channel (subwoofer).

Dolby Digital plus (Dolby D+ or E-AC-3) is an enhanced 5.1 channel Dolby Digital-based sound mode adding more channels (up to 15.1) and improving the surround sound with little compression. This mode can be used when streaming from your phone, tablet, computer, or when you are playing some Blu-rays.

Dolby TrueHD is a lossless sound mode that is great when you are playing Blu-ray movies for high-fidelity audio. And like the Dolby Digital+ mode, Dolby TrueHD can also support up to 16 channels.

Dolby Atmos is a precise object-based surround sound mode that creates the illusion of sound moving around you. This listening mode can be used for a 5.1 or 7.1-channel setup and also takes advantage of height speakers when playing movies that incorporate Dolby Atmos audio.

DTS is a surround mode that is ideal for playing movies/soundtracks recorded in DTS. This mode can be used for up to 6 discrete channels (5.1 channels) for high fidelity sound.

DTS-HD HR (Digital-HD High resolution) mode can deliver audio for up to 7.1 channels at a 94 kHz sampling from Blu-ray or HD DVD sources.

DTS-HD MSTR (DTS-HD Master or DTS++) sound mode can deliver sound at a sampling rate of 192 kHz and 24-bit for an unlimited number of channels. Similar to DTS-HD HR, DTS++ can be used for HD DVD and Blu-ray soundtracks.

DTS Express can be used to play audio from DTS express sources.

DTS Neo:6 is a post-processing surround sound mode that enhances a 2-channel audio signal in a home theater. It does this by analyzing sonic cues in the 2-channel signals and distributes the sound into 6 channels on Blu-rays and DVDs.

DTS X is an alternative to the Digital Atmos sound mode as it is also an object-based surround sound mode. This mode also creates an immersive, multi-dimensional, and lifelike sound from DTS X Blu-rays, DVDs, and online movies.

DTS Neural:X is an upmixing surround sound format that creates an imitation of the DTS X listening mode for up to a 5.1 channel set up with height speakers.

DTS Extended surround sound mode allows for the addition of an extra channel to a 5.1 channel surround sound set up. This mode can come in either DTS-ES 6.1 Discrete or DTS ES-Matrix.

DTS ES 6.1 discrete is used to play DTS-ES soundtracks in a set up that has extra rear channels for a 6.1 or 7.1 playback.

These sound formats allow for the addition of height speakers in a 5.1 speaker set up and can be found in newer Marantz and Denon receivers. However, if you have older models, you can do a paid upgrade to have this format as an option.

These are legacy formats from a manufacturer trying to show that they have more features than other receiver manufacturers. I would not highly recommend using these sound modes.

Orchestra- Ideal for playing operatic and classical music and emphasizes the surround sound channels to stimulate a large hall natural reverberation and widen the stereo image.

T-D (Theater-Dimensional)– For surround sound imitation in a set up with 2 or 3 speakers.

Unplugged– For vocals, jazz and instrumentals.

THX Games/Music/Cinema– For games in a surround sound environment, cinema for mimicking a movie theater or large hall and music for music sources with higher recording quality than movies.

Auto- Detects and automatically changes the sound mode depending on the type of audio signal.

Rock Arena– For stimulating the sound experience in a live arena.

Matrix– For adding a spacious surround effect with stereo sources.

Virtual– For creating a surround sound effect with your headphones or stereo speakers.

Enhanced– For a sound field that emphasizes 3D object sound.

Sci-Fi– For SFX and Sci-fi movies.

Spectacle– For an expansive soundscape and wide dynamic range.

Standard– For surround sound emphasis without interfering with the original positioning.

Drama– For comedies, dram and musicals.

Adventure– For adventure and action films.

Opera/Retical– For reproduction of a live concert hall with emphasis on voice clarity and depth.

Music Video– For emphasis on rhythm and hall reproduction effect for jazz, pop, and rock concerts.

Sports– For light entertainment and sports.

Church in Royaumont/Freiburg– Creates an imitation of a Gothic monastery dining hall and a narrow and long stone respectively.

Chamber– For reproduction of wide space with a high ceiling.

The Bottom Line– For stimulation of a New York 300-seat jazz venue.

The Roxy Theater– For stimulation of a 460-seat rock music venue.

Cellar Club– For stimulation of a low-ceiling concert venue.

Warehouse Loft– For stimulation of a concrete warehouse.

Classical- For operatic and classical music.

Ext.Mono (Extended Mono)– You heat the same sound regardless of your position in the home theater room.

HP 2CH– Bypasses the sound field processing and the multi-channel surround formats downmix the audio signal to 2 channels to be played on headphones.

Theater– For the general living room.

Dynamic– For an environment that lacks a spacious feel but reverberates. Emphasizes sound reflection.

Hall– For reproduction of the acoustics in a classical concert hall.

Live concert– For the acoustic reproduction of a 300-seat live concert house.

Jazz Club– For reproduction of a jazz club effect.

There are many different listening modes in AV receivers and other audio processors. Depending on your set up some of the modes and formats may be more suited for your home theater more than the rest.

If you take your time to look at the different sound modes you can tune your receiver or audio processor to get the most out of it.