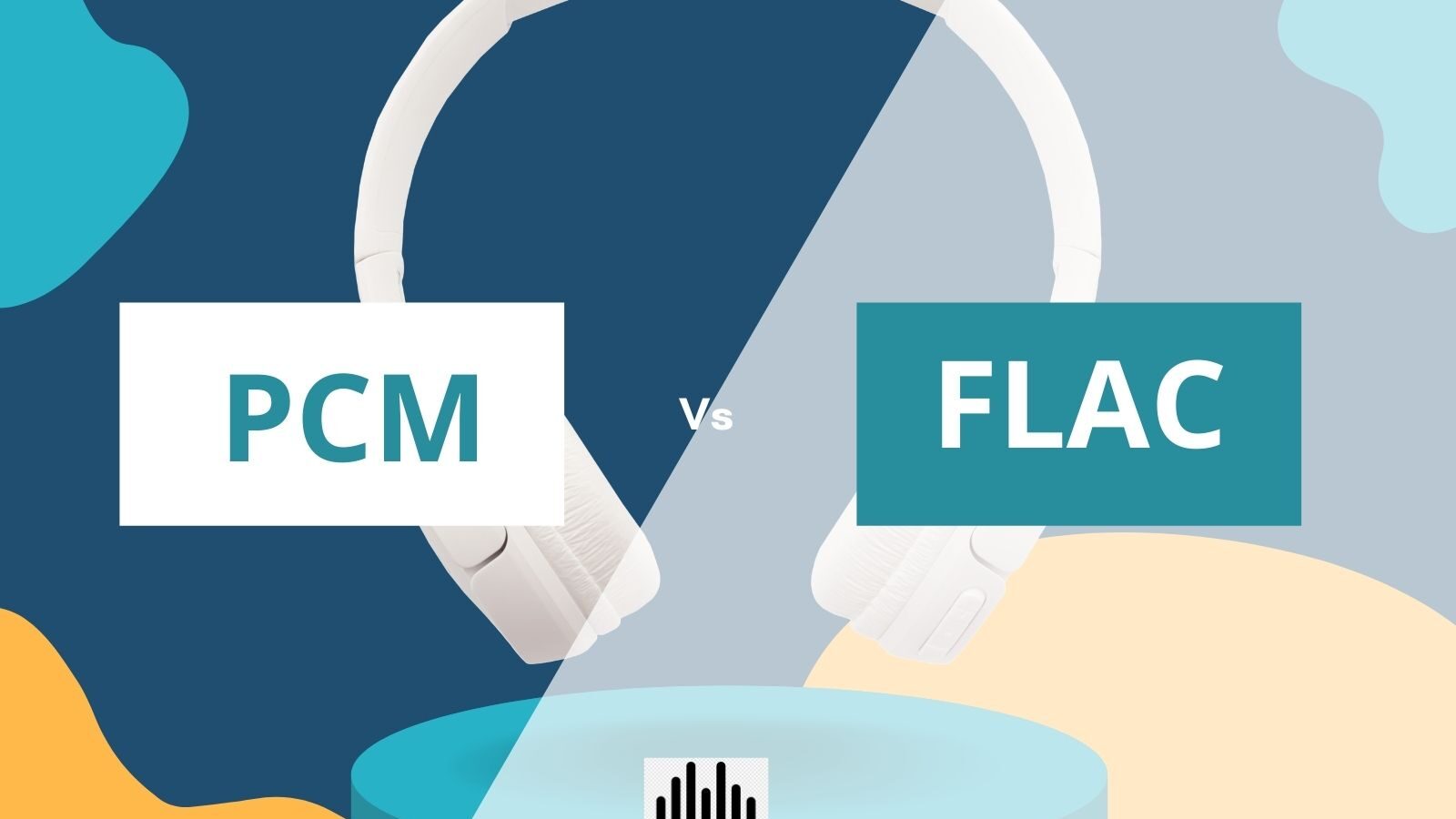 In this age of major technological advances, you will often come across different audio formats that can be a bit confusing. A great example of this would be PCM audio and FLAC, which am going to compare today.

PCM (Pulse Code Modulation) is a standard sampling algorithm used in analog to digital conversion (ADC). FLAC, on the other hand, is a lossless container format that compresses audio files to use 40-50% less storage.

Uncompressed and original audio recordings can be stored using PCM Audio that can be converted to and from lossless FLAC, bit-perfectly.

But before we get into what this means for you as an audio enthusiast and if you can hear the differences between the two, let us look at the specifics of each.

As mentioned above, PCM standing for Pulse Code Modulation is the way digital bits are sampled and represented from an analog signal.

The reason these samples are taken at sample rates of above 40 kHz is because of something known as the Shannon sampling theorem (Nyquist theorem). This theorem states that for the most accurate representation of an analog signal from a digital signal, the sample rate needs to be at least twice the highest frequency.

And because the upper limit of human hearing is 20 kHz, the minimum sample rate that can be used is 40 kHz. However, higher sample rates are commonly used (oversampling) to account for any imperfections. This is why you commonly see audio sampled at 44.1 kHz, 96 kHz, and so on (the way they arrive at these sample rates is a story for another day).

Apart from the sample rate, the second most important thing to know about PCM is bit depth.

Audio bit depth (number of bits per sample) determines the dynamic range for particular soundtracks and is denoted in dBs or decibels. Dynamic range is essentially the difference between the highest (loudest) and lowest (quietest) amplitudes of an audio signal.

The maximum dynamic range for human hearing according to psychoacoustics (the study of how humans perceive sound) is around 140 dB. 140 dB is essentially the threshold of pain and would be impractical for anyone.

You need to understand sample rates and bit-depth since they are going to be important in what we are going to talk about below.

FLAC (Free Loss Audio Codec) is a lossless container format and is essentially a set of algorithms that determines how digital audio can be compressed with no loss in detail.

Compression using FLAC means that the uncompressed file and lossless FLAC will be similar to each other bit by bit. FLAC files can, therefore, be uncompressed and reversed to their original format during decoding.

For example, after ripping (copying) a PCM file (CD quality) to FLAC for storage in your home media server, you can easily convert the file back to PCM if need be.

The advantage that FLAC has over uncompressed audio, PCM audio files included, is that it uses significantly less storage. This is usually about 40% less storage.

The way FLAC accomplishes this lossless compression to use less storage is by removing redundancies (silent parts).

I know the example above is an oversimplification, but you get the gist. The same thing happens during FLAC compression but in bit sequences instead of letters.

Also, in most cases, this lossless format will have a similar sample rate and bit depth as the uncompressed file. But keep in mind the upper limits which are 16 bit/44.1kHz.

This is a huge point of contention for a considerable number of people. So, I am going to try and demystify it in the simplest terms possible.

There are no sound quality differences between PCM and FLAC files as long as the conversion goes right which it most probably will. This is because as we have seen, FLAC is a bit-perfect compression of the original uncompressed file, PCM in this case.

If you reconstruct a PCM file from a FLAC file, you are going to get something similar. Although FLAC is not entirely lossless (no compression format is), any lost details will not matter since they would be out of the audible range for the human ears and we can, therefore, not hear them (no one can).

Remember when I mentioned that there is an upper limit to how much we can hear as far as frequencies and dynamic range are concerned. Yes, anything above those values (16 bits and 44.1 kHz due to oversampling) does not matter.

If you still believe that you can hear a difference between PCM audio and FLAC, I would like you to attempt this challenge. Take two identical files (same artist, same song, and so on), one PCM and one FLAC.

On your computer, install Audacity, open it and open the PCM file using it. Open the FLAC file on the same timeline but this time invert it, then render the difference. What you will be left with is digital noise which is essentially silent and will have nothing to do with what you hear upon playback.

So, before you decide to revert to PCM CD from your FLAC collection or streaming service, consider these things.