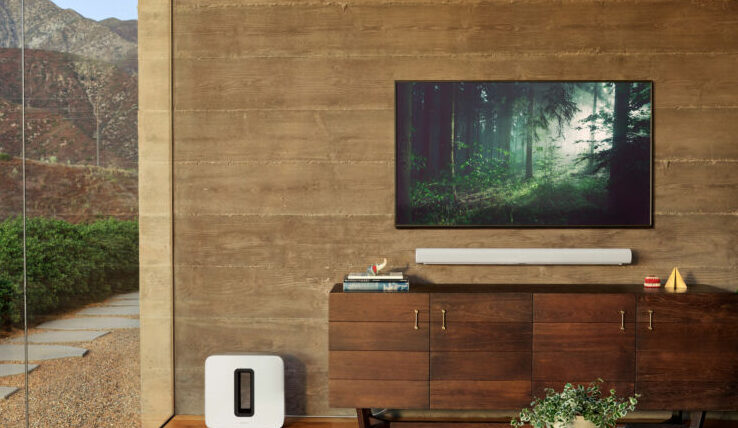 When buying a soundbar to improve your TV’s sound, it’s essential to balance between cost and performance.

However, this can be difficult considering how many features most soundbars are crammed with today.

Some specs may also be misleading to the average consumer, hence the need to better understand the features on soundbar spec sheets to better inform our buying decisions.

Some of these features include;

A soundbar’s wattage is the measure of how much power the soundbar’s in-built amp can supply which in turn affects how loud we perceive a soundbar to be (SPL or sound pressure level).

SPL is a complex topic that is discussed in depth in this guide. But on a basic level, is the measure of sound pressure level (“loudness”) on a logarithmic scale and denoted in Db (decibel).

For some soundbars, it can be difficult if not impossible to find the correct power ratings (wattage) that should preferably be in RMS watts.

When measured correctly, RMS ratings give us a more accurate picture of what a soundbar is capable of.

Granted, the soundbar will have a power rating that should be the number of watts that the drivers can continuously draw from the built-in amplifier without distortion.

Unfortunately, some soundbars have inflated power figures that don’t equate to real-world performance or superior sound quality. This should not be a problem for most listeners but at higher levels (higher volume) the soundbar’s performance may be underwhelming, especially struggling with bass output.

As a general rule of thumb, a surround soundbar with a total power of around 400 watts RMS should properly fill most average-sized rooms with sound.

A more powerful soundbar such as the Nakamichi Shockwave 9.2.4 soundbar will be required for a larger room. Soundbars that can output a total of 200 watts RMS should be great for small rooms.

Do more research on the soundbar’s capabilities and read reviews to see other people’s experiences with the product. Be aware of fake reviews too.

This brings me to my next topic “soundbar sensitivity” which is another way to predict how loud a soundbar can get.

What is soundbar sensitivity?

Sensitivity is the measure of how loud (SPL) a soundbar gets with 1 watt of power at 1 meter from the soundbar and is denoted in dB/W/M.

Each time you increase your soundbar’s volume, the wattage is increased increasing the decibel level. However, keep in mind that an SPL increase of 3db will require a doubling of the power output from the amp.

How loud is a soundbar at 85 decibels?

To get an idea of how loud a soundbar is at 85 dB, let’s compare different decibel levels to some real-world examples.

A soundbar’s frequency range is a measure of how wide a soundbar can play on the frequency spectrum.

Ideally, a soundbar should have a frequency range of between 20 Hz and 20 kHz (20,000 Hz) which is within the range of human hearing. However, this would require a dedicated subwoofer capable of reaching as low as 20 Hz.

Most soundbars will have mid-sized woofers plus a subwoofer to play the full audible frequency range. Some may also have tweeters or small woofers for the highs/trebles.

Other soundbars such as the Sennheiser Ambeo may not come with a dedicated sub but have an LFE output that allows you to add your sub for additional “Oomph” to your sound.

Contrary to popular belief, channels are not the number of “speakers” (drivers) in a soundbar. In actuality, a channel is an independent audio signal path (circuitry) that can be reproduced by one or multiple soundbar drivers (“speakers“).

Most soundbars on the market today will have at least 2 channels (stereo) and an additional LFE channel for the sub for a 2.1 system. Other common “soundbar channel types” are 5.1, 5.1.2, and 7.1.2.

A 5.1 channel soundbar will have 3 front audio channels (left, center, and right), 2 surround channels (right and left surround), and one subwoofer channel. When you add 2 height channels to a 5.1 soundbar you end up with a 5.1.2 soundbar.

The height elements can be reproduced by height speakers or up-firing speakers mounted on the soundbar. Height elements are used to convey the feeling of a 3D sound space with formats such as Dolby Atmos and DTS-X.

Alternatively, a 7.1.2 channel soundbar will be akin to a 5.1.2 soundbar but with two extra rare channel speakers. A great example would be the Sony HT-A7000.

Some soundbar systems may also have 4 height channels for more immersion.

Not many soundbars will be capable of processing video signals before transmission to a TV but a good number will have support for 4k passthrough over HDMI.

4k passthrough is a feature on some soundbars that allows for high-bandwidth 4k content to pass through from the source to the soundbar and reach the display unprocessed over an HDMI chain. Thus, the 4k video signals exit the soundbar as they entered.

But to stay up to date with everything tech, get a soundbar with support for 4k and HDR 10/Dolby Vision pass such as the Vizio Elevate 5.1.4 soundbar.

However, video support is not a necessity on a soundbar as you could easily connect your video sources to your TV and send the audio signals to your soundbar.

Most soundbars on the market today will have support for the following audio formats;

Your ideal soundbar may not have support for all these audio formats but I recommend one that supports Dolby Atmos and at least 2 other options such as PCM and DTS-X or Dolby Digital Plus and DTS-X. But to learn more about these surround sound formats visit this guide.

Signals to and from a soundbar can be transmitted either wirelessly or through wired connections.

The dimensions on a soundbar’s spec sheet are usually written as H*W*D (Height, width, depth). Height is how tall the soundbar is, width is its length while depth is the distance between the front and rear of the soundbar.

Soundbars come in different sizes from 12 inches long to 60 inches long. In most cases, bigger soundbars will have bigger drivers that can reach higher levels with ease but bigger is not always better.

You will need to consider placement and your Tv’s size before deciding which soundbar size is right for you.

Ideally, the soundbars should be around 2/3 the length of the TV for aesthetics. Although this is not an established rule, the soundbar should not be longer than your TV.

Also, consider where your TV’s IR receiver (remote receiver) is located to avoid buying a soundbar that will block the TV’s remote signals if it is placed on platforms such as a credenza or any other stand. This should not be a problem if your TV is mounted.

It’s impossible to judge the quality of a soundbar based on the specs alone but it’s crucial to understand some terminologies that you may encounter.

If you are buying your soundbar from a physical store, I would recommend listening to different soundbars to judge by ear. However, if you are shopping online, read and watch different reviews to get an idea of what to expect.