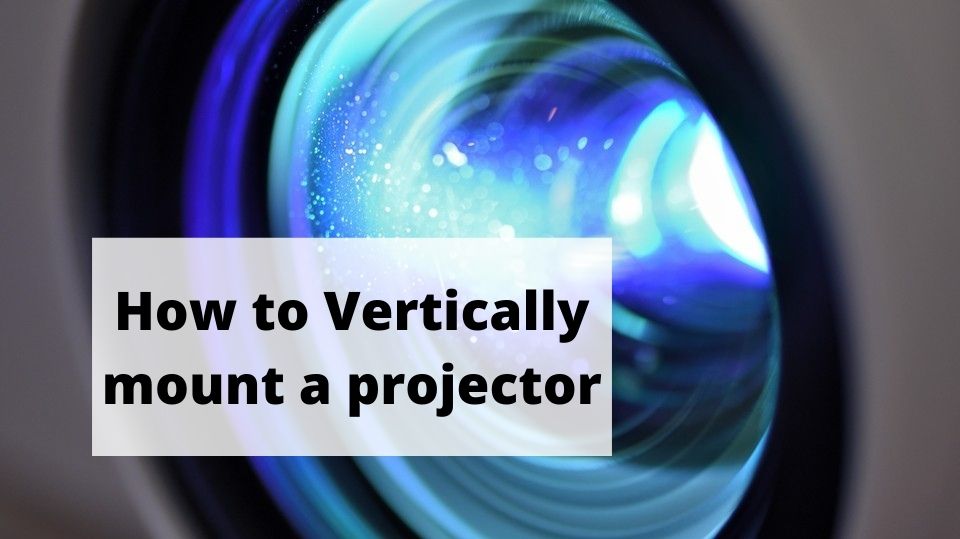 There are many reasons why one would want to mount a projector vertically and there are also certain projectors that are meant to be used similarly.

However, if you already have a projector and want to do any of the following things, you may need to place/mount the projector vertically on its side. The common reasons for doing this include;

This would be different from the more traditional horizontal projection we are used to and may have some drawbacks depending on the projector model and other factors.

However, before we look at how you can place your projector vertically without damaging it, we should look at why this may not be a good idea.

The problems with placing a projector vertically

One of the major drawbacks of vertically placing a projector is inadequate heat dissipation which is likely to happen when the projector is placed on a surface.

This happens because the air intakes usually located at the rear of the projector may be partially blocked hence the projector will not have adequate air circulation for cooling.

Heat builds up within the projector and may gradually damage its lamp reducing its lifespan. A projector’s lamp can be expensive to replace.

2.      Pressure exertion on the internal components

This happens when you place a projector on its side on a flat surface but should not be a big deal for most projectors since the internal components are usually well secured.

Most manufacturers advise against placing or mounting a projector on its side. However, with a well-built projector, this should not be much of a problem.

How to mount a projector vertically

To use portrait mode on your projector with no vertical image orientation, you should get an adjustable ceiling mount.

The adjustable mount should have a swivel for use in both the vertical and horizontal positions.

How to project an image on a ceiling

To project an image on your ceiling, you can use a Pico projector capable of vertical projection. It can be mounted on a stand and pointed to the ceiling without affecting air circulation.

However, this may not be an option if you already own a projector.

For the mirror option, you could do either of the following;

When vertically mounting your projector or placing it on its side, ensure it had the proper heat dissipation required to keep the projector in good condition for longer, especially the lamp.

Fortunately, there are safer ways to do this that will not be detrimental to your projector’s health like the DIY solutions above.

With these tricks, you can view content from the ceiling or use your projector in portrait mode.