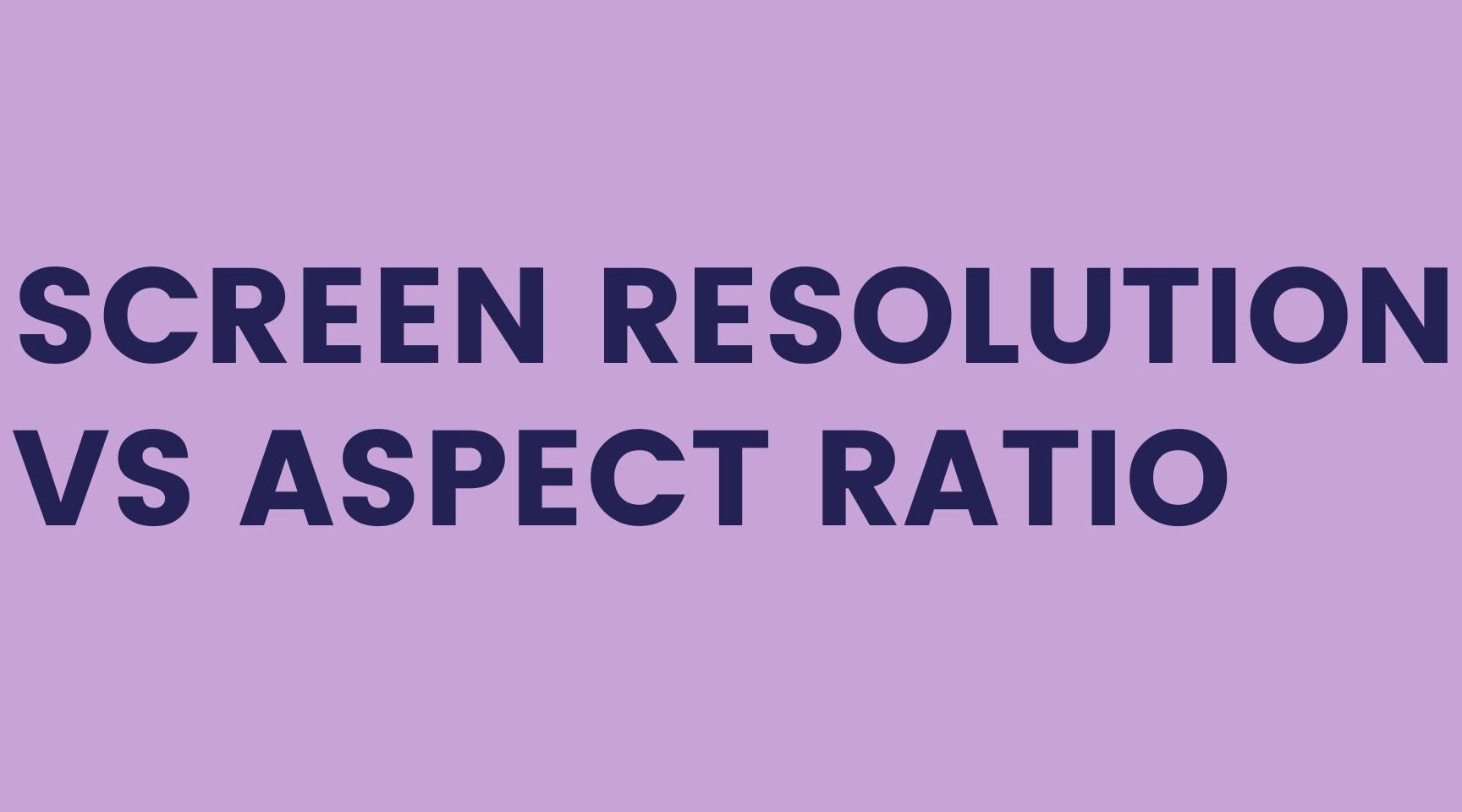 Home theater screen resolution and aspect ratio are two different things as the definition below points out.

Although they are two different things, they are related in some ways and will both affect your home theater’s viewing experience as you are going to see as you read through this guide.

Because most of the films in the cinema industry have always been wider than they are tall. The aspect ratio has always been used to describe the ratio using the width against the height with integers such as 4:3 or using decimals such as 1.33:1.

In the early days, 4:3 was the standard format, but now 16:9 is the common aspect ratio format for most of your home theater content.

The movie’s aspect ratio needs to match with that of the display device to avoid altering the composition.

An example of this would be playing a 16:9 widescreen on a 4:3 display device. This would crop the image as it would be wider than the display device but is usually avoided by adding black padding to the image on the top and bottom or the sides. However, this padding also reduces the perceived clarity as it reduces the image area.

When padding is added to the top and bottom of footage this is known as “letterboxing” while padding on the sides to the left and right is known as “pillarboxing.”

Choosing a display device with the right aspect ratio will go a great way in reducing both letterboxing and pillarboxing. This will involve getting either a TV or projector with the most commonly used format which is 16:9.

What is an anamorphic Aspect Ratio?

An anamorphic Aspect Ratio is a widescreen aspect ratio such as 2.39:1 which is close to the 16:9 aspect ratio for an ultrawide cinematic viewing experience.

When it comes to screen resolution, you need to understand that there is a difference if the resolution is represented by a P or an I. An example of this would be 1080p and 1080i both of which are high definition resolution with “p” standing for progressive while the “i” stands for interlaced.

Now let us look at some of the commonly used resolutions today and how they apply to your home theater or media room.

Some TV channels still broadcast in 720p and you can also find older movies with a 720p resolution.

720p displays are not that common nowadays but any display with a resolution of 720p and above can play 720p resolution.

However, there has been a debate on whether 720p should be considered HD with most people agreeing that it should not.

This resolution is also known as Full HD and is found in display devices with aspect ratios of 16:9.

1080p display devices have about double the number of pixels found on a 720 display and as I mentioned earlier, 1080p has the same number of pixels as 1080i but TVs with a 1080i resolution are not made anymore. But you can still find 1080i content on some TV stations and older films.

Also, 1080i is commonly confused for 720p due to the close resemblance in image quality.

2K was a common resolution in movie theaters before 4K became a thing and is also referred to as master format.

This resolution has 2048 horizontal pixels but has an unspecified number of vertical pixels.

4k has become a popular resolution due to the improved viewing experience it offers and the increase in the amount of content being released in 4K.

Most 4K display devices will have a resolution of 3840 by 2160 but can be used to refer to different things when comparing between a TV and a Projector. This is because 4K typically refers to 4096 horizontal pixels but depending on the aspect ratio this changes to 3840 pixels which is a 13% difference.

Therefore, for a true or cinema 4K experience, the display device needs to have 4096 horizontal pixels with the vertical pixels being unspecified but will mostly be 2160 vertical pixels. This can be found in high-end projectors, especially laser projectors. Most 4K TVs have a resolution of 3840 by 2160.

It is also worth mentioning that with an aspect ratio of 16:9, 4K devices have 4 times the number of pixels found on 1080p displays.

8K displays have double the vertical and horizontal pixels as 4K devices but are not worth paying much attention as they are super expensive and very little content can be found in 8K.

What is a native resolution?

Native resolution or maximum resolution is the maximum number of pixels on a horizontal by vertical scale found on a display device such as 1920 by 1080 pixels. This is what you will find on the marketing specs but some devices can also have chips that offer supported resolutions.

Supported resolutions mean that you can downscale the resolution to a lower specified resolution such as 1920 by 1080 to 1280 by 720. However, to take full advantage of your device’s resolution, you should use the native screen resolution. The displayed image will be as good as the maximum resolution.

Depending on whether your display device is standard or widescreen, you can adjust the image to fit depending on the aspect ratio of the content you are watching.

Therefore, When shopping for any display device be it a projector or a TV, you need to consider both the size and the pixel density for the best possible viewing experience.